You are here: Home / Articles / 7 Ways to Spot a Subrecipient Relationship 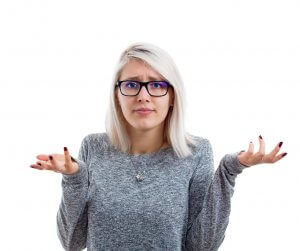 One of the grant management questions we get the most emails on is, “What is the difference between a subrecipient and a vendor?”

Subrecipient vs. Contractor: What’s in a Name?

The distinction between the terminology causes no end of confusion because the terms subrecipient, subgrantee, subawardee are used interchangeably by federal grant recipients and federal funding agencies alike.

Since the advent of 2 CFR Part 200 (aka the Uniform Guidance), the preferred terms are now subrecipient and contractor.

Why Can’t Determining a Subaward vs. Contract Be Simple?

Unfortunately, determining which relationship exists is often a shade of gray instead of black and white.

It is often more like a teeter-totter or see-saw as you weigh the facts and circumstances to see which relationship leans.

Buying goods to support a federal grant is straightforward.

Where is gets particularly confusing is when services are performed for the federal award.

And it can feel like the definitions change from agency to agency and from grant to grant.

Why Choosing Between a Subrecipient vs. Contractor Matters?

The answer to “Why does it matter?” is simple.

It boils down to prior approval for subawards and disallowed costs.

Think it’s just easier to call everything a contract so you don’t need to go through the approval process with your funder?

In the Uniform Guidance, it tells us, the substance of the relationship matters more than what you call the legal instrument.

And if you choose incorrectly and don’t receive the prior approval for the subaward, you could be on the hook for disallowed costs.

So, how do you tell the difference?

Here are 7 tips to spot a subrecipient.

Tip #1 Are They Eligible to Receive THIS Federal Award?

This simple question is often missed in the discussion of the relationship with the subrecipient.

For example, is the funding limited to:

If so, you can’t subaward to an ineligible organization.

So for example, of only non-profits are eligible for the federal award, you can’t subaward the activities to a for-profit firm.

So the first step when considering a subrecipient for your project or program is to ensure the organization is eligible to receive federal funds on THIS award.

Tip #2 Do They Manage Eligibility Requirements?

If so, this area can be a “show-stopper” for determining a subrecipient vs. a contractor.

If the organization receiving the funds will be responsible for determining who is eligible to receive benefits from the funding-most funders, consider that a subrecipient relationship.

OK, are you feeling pretty confident about that one?

Let’s move the up a notch in difficulty…

Tip #3 Are They Measured by Project Milestones?

If instead, the contractor is measured by the completion of a scope of work for services or delivery of goods, it’s probably a procurement contractor.

Tip #4 Do They Make Decisions for the Project?

If the organization will be making decisions for the project that the grantee would usually make if they were doing the project-it’s probably a subrecipient relationship.

If instead, you have a procurement contract, typically, you would NOT delegate decision-making for the program to that organization.

Tip #5 Are They Carrying Out the Objectives of the Federal Grant?

If instead, the organization provides goods and services within their everyday business operations and offers similar goods or services to many different purchasers and typically operates in a competitive environment, you are probably looking at a procurement contractor relationship.

Tip #6 How Do They Support the Objectives of the Award?

If the organization is the primary duty is to directly support the objectives of the federal award instead of just providing goods and services needed to carry out the project’s mission-it’s probably a subrecipient relationship.

If the goods or services primarily support activities instead of program objectives, it is more likely to be a procurement contractor relationship.

If the relationship is not subject to compliance requirements of the Federal program as a result of the agreement, it is more likely to be a procurement relationship.

Though similar requirements may apply for other reasons, so use this tip carefully because there will always be certain administrative and special grant conditions that would apply to both subrecipients and vendors.

And don’t forget agency terms and conditions can trump all these guidelines.

Here’s a bonus tip: Remember to document your decision process.

In the world of documentation, if it’s not in writing, it doesn’t exist.

So ensure you are capturing your process with adequate documentation that shows you are performing this critical decision-making process prior to moving forward with the legal instruments to back up the decision.

Ready to Improve Your Grant Management? 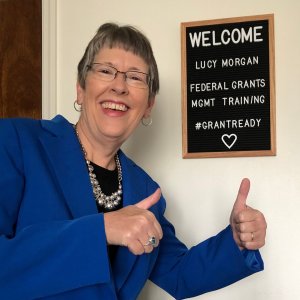 Would you like to be a better grant manager?

We have another grant management training seminar coming soon.

Hope to see you there!

Author of “Decoding Grant Management-The Ultimate Success Guide to the Federal Grant Regulations in 2 CFR Part 200”  The 2nd Edition is now available on Amazon in Paperback and Kindle versions.

MyFedTrainer.com is a leading provider of online grants management training and live grant management training seminars.Available via the 24/7 convenience of the Internet, training can be self-paced to fit even the busiest schedule.We also offer live, interactive training seminars in various locations including on-site at your location.Our passion is helping individuals and … END_OF_DOCUMENT_TOKEN_TO_BE_REPLACED